YouTube informed content creators that YouTubers outside the United States may soon see as much as 30% of their earnings from US viewers withheld for tax. 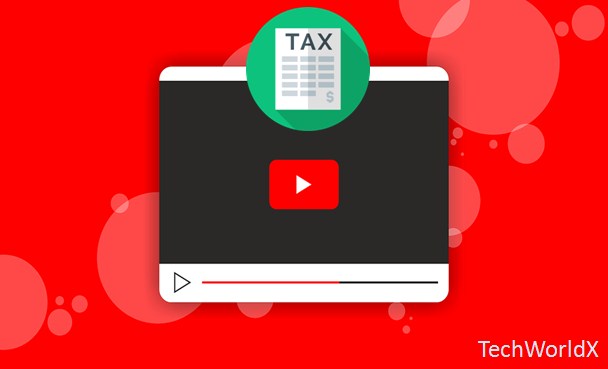 Indian YouTube creators were asked to provide their tax information to the platform in order to determine if they have any tax implications on earnings from US viewers, and how much. The new tax will affect the earnings of Indian YouTubers. It is especially applicable to those with a large US viewership. YouTubers claim that the US ad revenue is more than the Indian equivalent.

Beebom is an English-language tech review channel that has more than 2 million subscribers. TechWorldX viewers in India are higher than in the US, the average revenue from advertisements shown to US viewers is greater.

Although YouTube’s earnings have been taxed so far, content creators are concerned that Google, the company that owns YouTube will also begin levying taxes on its Google AdSense program. This would include taxation on any advertising revenue earned by websites using Google ads.

Google claims it has a responsibility for collecting tax information from all monetizing artists outside the US and will deduct taxes from creators who earn income from viewers in America.

These taxes will apply to all US-based YouTube earnings including “YouTube premium, Super Chat, and Super Stickers,” according to a Google support page.

Rohit Raj, Partner, and Manager of actor and content creator Bhuvan Bam, said that they received an official communication by YouTube outlining the requirements and process. What happens if the form is not submitted?

How Much It Will Affect YouTubers?

According to content creators, the viewership of Indian entertainers, comedians, and musicians has increased steadily over the years in the US, both among the NRI population and among non-NRI viewers for science-based, tech, and math-based channels.

Raj said that although it won’t hurt Bam’s channel in the long-term, because most of their content is in Hindi, Raj stated that “But for those who create content in English and have a large viewership in the US they’ll be affected by the tax on anything they make there.”

Beebom has 2.16 Million subscribers and is an English-language channel with a large US audience.

“We create English-language tech content on YouTube. According to Maheshwari, most of our revenue comes from the United States, UK, and other English-speaking countries.

US Ads Bring More Revenue Than Those in India?

Beebom receives a large portion of its viewers and ad revenue from the US. The tax will have an impact on Beebom, said the channel’s co. founder.

Maheshwari stated that revenues from the channel’s US traffic are higher than the viewership in India.

RPM is a measurement that determines the publisher’s total ad revenue for 1,000 impressions. CPM is an advertiser’s cost per thousand impressions.

The US has a higher bid price for ads. Maheshwari said that a user who clicks on an ad in the US would make more than a similar ad seen in India or another Asian country.

Pricing for an advertisement is dynamic. It varies from one region to the next, as well as depending on the time of the day and the demand.

The Indian Express reported that the tax withholding rate for royalties on valid claims under India’s tax treaty is 15%. This is the same as for Canada and the UK, while South Korea and Mexico are at 10 percent.

YouTube has already announced that a tax will be imposed on creators such as Maheshwari who also own a website. Now, they are curious if Google will follow suit with its Google AdSense program.

“We are also in discussions with our CA to determine how we would handle this taxation, if Google AdSense also places that tax on us,” Maheshwari stated. He also said that “I am also curious if they will bring this to Google AdSense program websites as well.”